What is thunderbolt 3 for?

Thunderbolt 3 is the most modern version of the Thunderbolt hardware interface, designed to connect various peripheral devices (docking station, monitor, external video card, etc.) to the system unit or laptop. This type of port was developed by Intel and Apple. The first laptop equipped with such a hardware interface was Apple's MacBook Pro, which saw the light in the 2011 year.

What are the features of Thunderbolt 3

The first version of Thunderbolt already compares favorably with the USB 3.0 that appeared around the same time. Mainly, the advantage was the data transfer rate, which exceeded the nearest competitor by almost 2 times. Another major advantage over USB 3.0 is its ability to simultaneously transfer several types of data.

Thunderbolt 3 is the latest version of the port, which looks very much like USB Type-C. This fact allows it to be integrated not only into Apple products, but also to be bundled with other modern laptops. It is compatible with such interfaces as USB 3.1, DisplayPort 1.2 and HDMI 2.0. Data transmission occurs at a speed of 40 Gbit / s, which is two times higher than that of its predecessor (second version of the port). 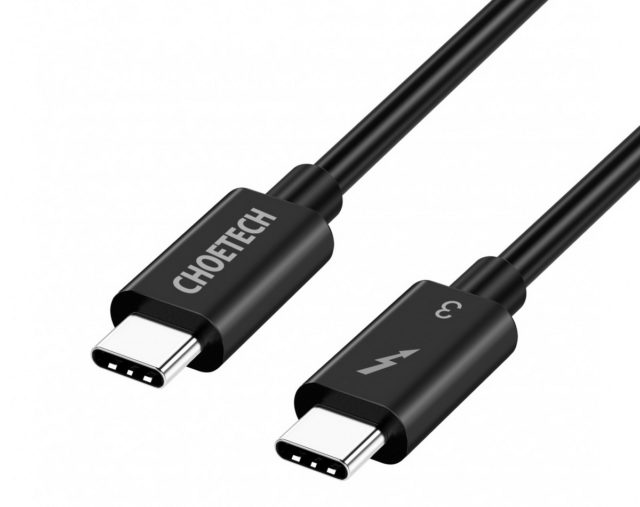 USB Type-C is a specification for connecting various cables and connectors to a computer or laptop, having the following main functions:

Thunderbolt 3 is a Type-C-based port that incorporates an expanded set of features, including, but not limited to:

As of 2019, a growing number of manufacturers of personal computers and laptops are switching to using the latest Thunderbolt 3. Among them, it is worth noting Asus, Dell, HP and Lenovo.

The main laptop models that have the interface in their configuration:

xСhip » News » What is thunderbolt 3 for?
CLOSE