Nokia 9 PureView lands in Thailand; go on sale from 5 July

Nokia 9 PureView was originally announced at the Mobile World Congress 2019 in February of this year. The highlight of the smartphone is that it comes with five camera sensors on the back of the phone, which expands the possibilities of photographing. 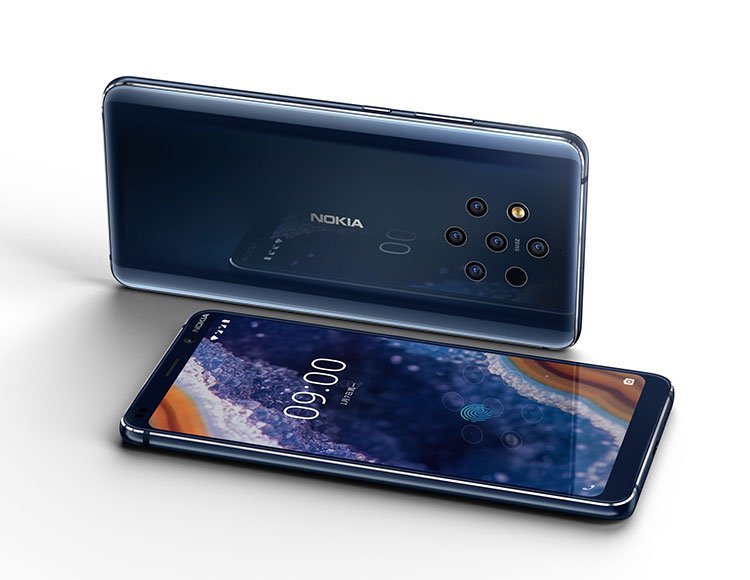 The smartphone comes with a glass back and an aluminum frame. It is moisture resistant and dustproof with IP67 protection. It features an 5,99-inch OLED display that supports HD + 2880 x 1440 pixels, 18 aspect ratio: 9, HDR10 and the Always On screen.

The screen of the phone is protected by Gorilla Glass 5. It is also Nokia’s first smartphone with an optical fingerprint sensor. The phone is powered by Snapdragon 845 SoC, in combination with 6 GB of RAM and 128 GB of internal memory.

The back of the case is equipped with a dual LED flash. Nokia 9 PureView has five cameras and a ToF sensor (flight time). Installing a Penta-lens phone includes two 12-megapixel RGB sensors and three monochrome 12-megapixel sensors.

All five Nokia 9 PureView camera sensors (Details) can work simultaneously to capture a single image with a resolution of 50 megapixels and be powered by a dedicated image co-processor. Using the Nokia 9 ToF sensor, the PureView can capture a depth map containing up to 1200 depth data layers up to 40 meters from the camera.

On the front of the phone is an X / NUMX-megapixel camera with f / 20 aperture with Tetracell pixel bind technology, which can combine four pixels into one to produce brighter images in low light conditions. The front camera also supports AI Face Unlock.

The smartphone offers a clean Android experience with the latest Android 9 Pie OS. Like other Android One phones, the Nokia 9 will be handled by OS updates for two years and patches for three years. It is powered by a 3320 mAh battery with a quick charge 3.0, and also supports 10 W wireless charging.

In Israel, invented a dangerous light bulb "with a secret" - special services in a panic
Discounts on Aliexpress: