Late last month, HMD Global has released an Android Pie update for the Nokia 3.1 Plus. Today announced that the update is also available for Nokia 3.1.

To celebrate that @AndroidAuth recognizes us for the best pie delivery in the industry, we are pleased to offer you a special portion ??! Your premium companion, Nokia 3.1 now offers the most enjoyable experience with Android 9 pie! Nokia smartphones get better over time! pic.twitter.com/Wa9bIaJBxt 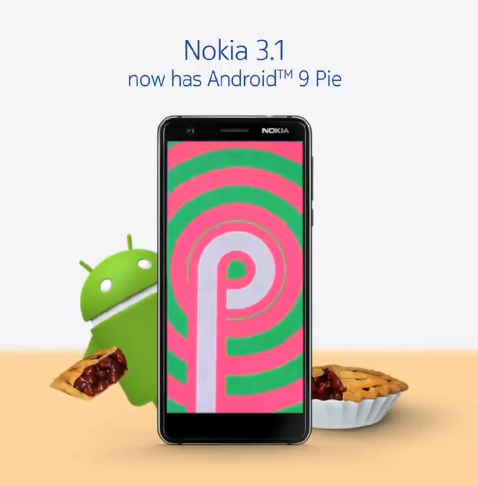 With the Nokia 3.1 now aside, the remaining device that should receive the Android Pie update this quarter is the Nokia 5.1.

In Israel, invented a dangerous light bulb "with a secret" - special services in a panic
Discounts on Aliexpress: