Mobile phones are becoming an integral part of our fast-growing society, and more and more people are willing to lay out a fortune on top-quality smartphones. Unfortunately, those who live on a limited budget end up compromising on quality. But it seems that GearBest seeks to change that.

In an effort to make the best brands of smartphones available to budget buyers, the Chinese online store launched a new campaign called "The best deals for mobile phones".

We’ll meet with the Cubot X19 4G phablet, which went on sale at an incredibly reduced price on GearBest. In addition, we show how you can save extra money when placing an order.

Cubot presented its long-awaited X19 phablet in January of this year. Much to the delight of the Chinese smartphone maker, the 4G phablet met the expectations of its loyal fan. 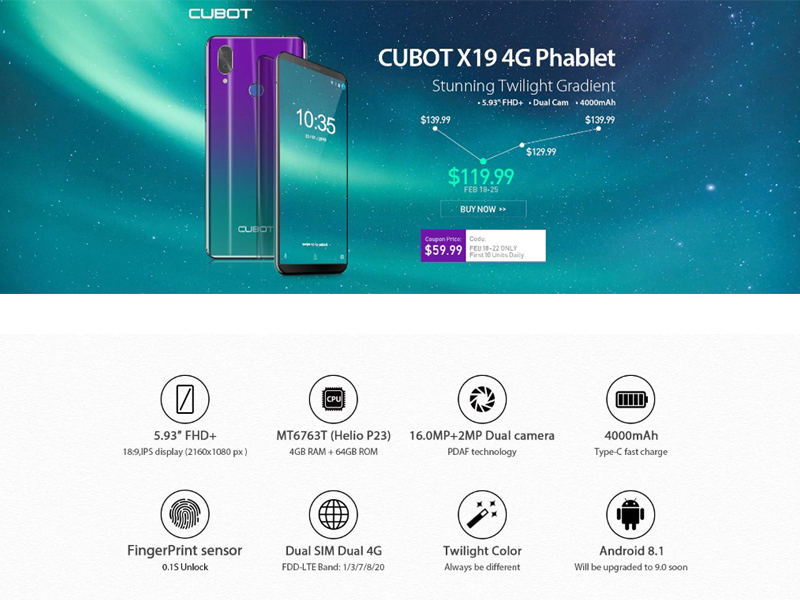 In fact, the phablet X19 continues to gain popularity among Cubot fans, even a month after he entered the store. Taking into account the constant demand for the device, Cubot now offers X19 at a reduced price for only $ 119,99 on GearBest.

This is a significant reduction in the initial requested 41 percentage pricesthat made up the 203,81 dollar. In addition to using the above discount, you can use coupon code "GBCBBX19", to get extra 60 dollars.

In other words, you can reduce the already reduced retail price of the phablet to $ 59,99 by simply applying the aforementioned coupon before placing the order. 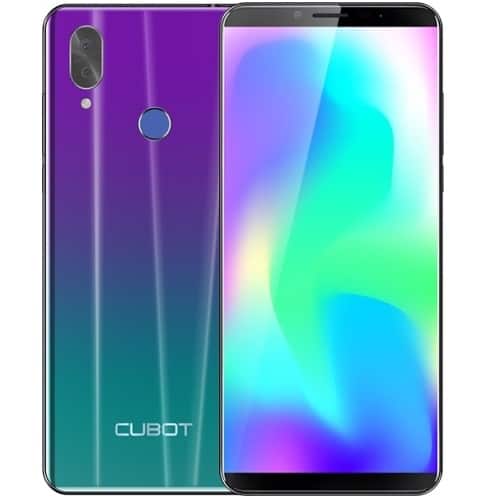 In addition, the device is equipped with a powerful 8-mi nuclear 64-bit processor MT6763T (Helio P23) along with an ARM Mali-G71 MP2 graphics processor under the hood. It comes with 4 GB of RAM and offers 64 GB of internal memory. On the front of the Cubot X19 there is a two-chamber camera 16.0MP + 2.0MP. There is a 8.0MP shooter for selfie and video chat ahead.

X19 runs on Android OS 8.1 Oreo and is powered by a built-in battery with a capacity of 4000 mAh. It has many useful sensors, such as a proximity sensor, an accelerometer, a light sensor, a compass sensor, a fingerprint sensor, and a gyroscope.

If Cubot X19 has aroused your interest, you can visit the promotion page to learn more details and take advantage of the discount on the 4G functional phablet, clicking here.

Please note that the discount will be valid for the remaining 250 pieces of the twilight color and 354 pieces of the black versions of the phablet. It is also worth noting that the action will end in just five days.