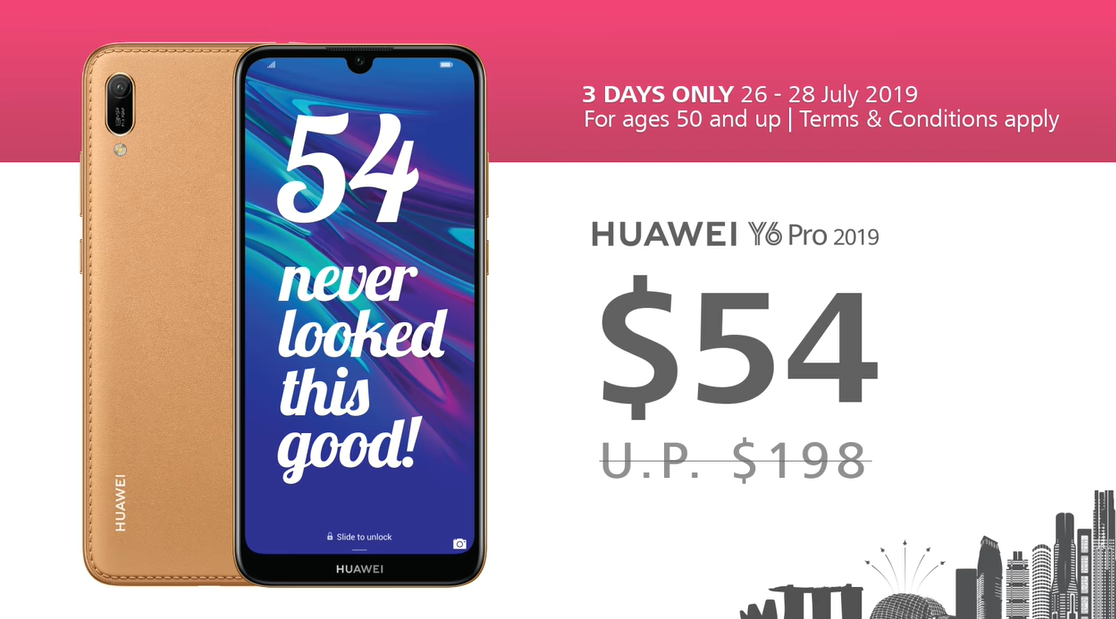 The only requirement was that you had to be a citizen or permanent resident of Singapore aged 50 and above. You could also buy up to two phones.

We think Huawei put that age limit believing there would not be large crowds since those eligible are older citizens, but the company was in for a surprise.

Reports say people were already forming queues as early as 4 AM. However, only a few people were able to purchase as stocks ran out even before the stores were opened (that is weird). It turns out that only a few units (between 20 to 30) were available at each store.

Some customers who spoke to the press said they were informed by store employees that there was limited stock only after they had been on the queue for hours. Several customers at Huawei stores at the Jewel Changi Airport, VivoCity, NEX, and Tao Payoh, expressed their disappointment at the incident.

One 73-year old woman accused Huawei of “telling lies” as they didn’t initially inform the public that there will be limited stock. Another woman said she narrowly missed getting the phone. According to her, she was the 16th on the queue but after the turn of the 12th person, a member of staff announced that the phone was sold out.

We are sorry. Our outlets are oversubscribed. Please refrain from joining the queues further as stores are likely to…

The promo was originally supposed to run for three days but was only available on the first day. An apology letter by Huawei which was posted online and at stores said they were overwhelmed by the demand for the phone and apologized for not being able to provide enough units. It then added that there was no need to proceed to other outlets as they are also sold out.

UP NEXT: Huawei partners with Micromax to bolster its offline presence in India