A couple of weeks ago, Chinese smartphone maker Oppo announced the Oppo Reno 10X Zoom FC Barcelona Edition smartphone in its home country. The smartphone is now available for purchase in China for a price of 4,799 yuan, which roughly converts to $698 and will be available in limited quantities.

The Oppo Reno 10X Zoom FC Barcelona Edition features a blue-and-red color scheme with heat-press technology to create a unique gradient color effect and a gold-plated club insignia on the back. 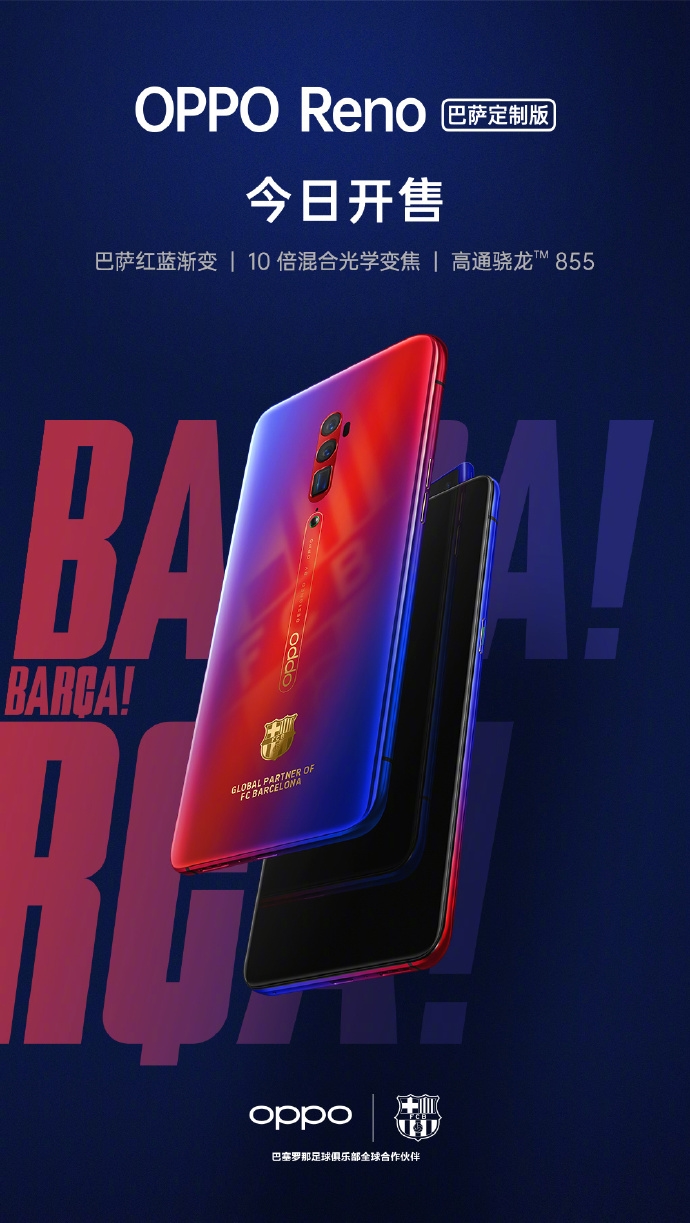 Apart from these design-related changes, everything else remains the same as the standard model, including the phone’s specifications. It comes with a 6.6-inch AMOLED notch-less Full HD+ ДИСПЛЕЙ with a screen resolution of 2340 x 1080 pixels and 19.5:9 aspect ratio. It offers a screen-to-body ratio of 93.1 percent and the ДИСПЛЕЙ is protected by a layer of Gorilla Glass 6 on top. 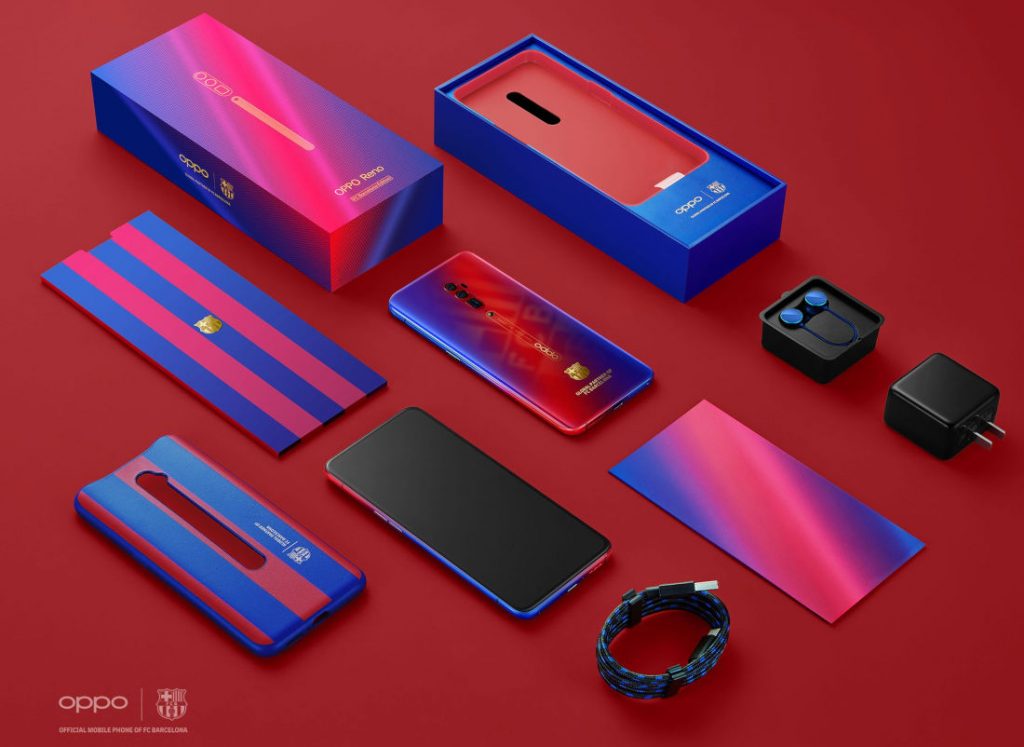 Under the hood, the Qualcomm Snapdragon 855 flagship mobile platform fuels the smartphone. The Oppo Reno 10X Zoom FC Barcelona Edition comes with 8GB of RAM and 256GB of internal storage.

The phone is also equipped with a PC-grade liquid cooling technology. The shark-fin module includes a 16-megapixel selfie camera and an LED flash. It is fitted with a triple camera setup that includes an OIS enabled 48-megapixel Sony IMX586 sensor with f/1.7 aperture, a 13-megapixel periscope telephoto lens with 5x optical zoom and an OIS assisted 8-megapixel super wide-angle lens with f/2.2 aperture.

The smartphone runs ColorOS 6 out-of-the-box, which is based on the Android 9 Pie operating system. The 4,065mAh battery of the OPPO Reno 10x Zoom Edition also supports VOOC 3.0 fast charging technology.