Huawei has become the leading smartphone brand in its home country China and is one of the leading brands worldwide. With the increase in the company’s popularity, it now also has to deal with counterfeit products worth millions of dollars.

As per the reports coming from China, Hangzhou police has seized a workshop in the city which was producing fake Huawei smartphones. According to the report, more than 600 smartphones worth millions of dollars have been seized in China. 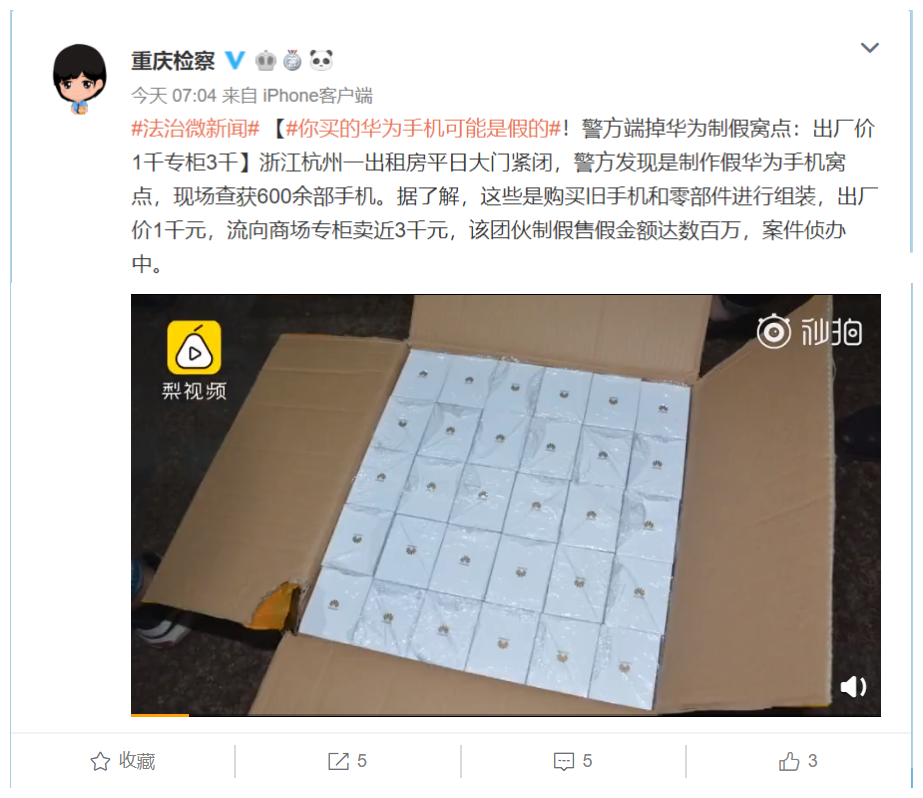 A few of them were repairing and reassembling the old smartphones while some were packaging the devices into a new box that were sealed using a machine. This is how they created brand-new fake Huawei smartphones. The products were sold across the country and generated millions of dollars in sales.

This has led to the company reminding customers to purchase their preferred products through the official online stores of the company or the authorized retail stores. It also advises customers to ask for a formal invoice and not to be deceived when the products are offered at a significantly lower price compared to the market price.

The Chinese giant recently launched the Nova 5-series smartphones and now the company is gearing up to launch its flagship lineup — Huawei Mate 30 and Mate 30 Pro. The company is also regaining its foothold in the market after the US ban as the United States have agreed to give license to US-based firms for doing business with Huawei.

Up Next: Huawei accused of helping North Korea build wireless network and unlawfully collecting users data in the Czech Republic